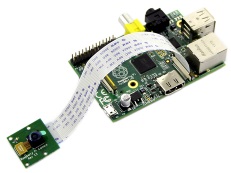 I have a few Raspberry PIs. I’m an engineer at heart and these things allow me to tinker without expending a lot of money and the SD-Card nature of the filesystem makes it easy to try something, wipe it and try something new.
One thing that has frustrated me for weeks is a camera failing to work. I checked config and it was good, so I thought it was the cable. Bought a new cable. It wasn’t the cable.
Thought it might be the PI. Tried a different one. It wasn’t the PI.
Argh.
Tried another camera. Different version. Nope.
Then I found this: https://www.raspberrypi.org/forums/viewtopic.php?f=43&t=160611
And one line of obscure, seemingly unrelated config later, it is working perfectly.
Seems there is a version bug in the Pi. Apparently it relates to certain versions of the Pi Zero and my board should not be affected. I checked the revision numbers and the OTP that the Pi thinks it is and they all check out. So I shouldn’t need this fix. But it turns out I do.
If you have a Raspberry Pi and the camera doesn’t work, giving some mmal errors, please rad the post. It may be a simple job of adding

to /boot/config.txt and then running

and enabling the camera. One reboot later and

will give you a view of the world as the Pi sees it.
Hooray!

View all posts by simkin