I dragged Martin and Ben along on the London to Cambridge ride today. We met Simon and his wife, Britney on the route as well. So it was a good team effort. Martin had been out the night before (naughty boy) and so his pace was a little below par at first. He finally cleared his head though and kept up a good pace with me as we maintained a rearguard about 20minutes or so behind the others. 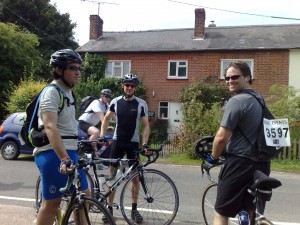 The temperature was in the high 20’s and we felt it all the way through. We started at around 08:30 and finally finished around 14:00ish. It was slow going (13mph average) as we pretty much had to stop and take on fluids at every refreshment point along the way. I decided to try out the Nokia Sportstracker, knowing the battery would probably die along the way. The good news is that I captured the first 2 1/2 hours of the ride 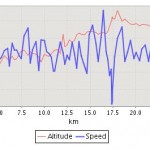 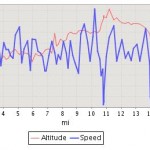 A good ride however. I enjoyed it.

View all posts by simkin